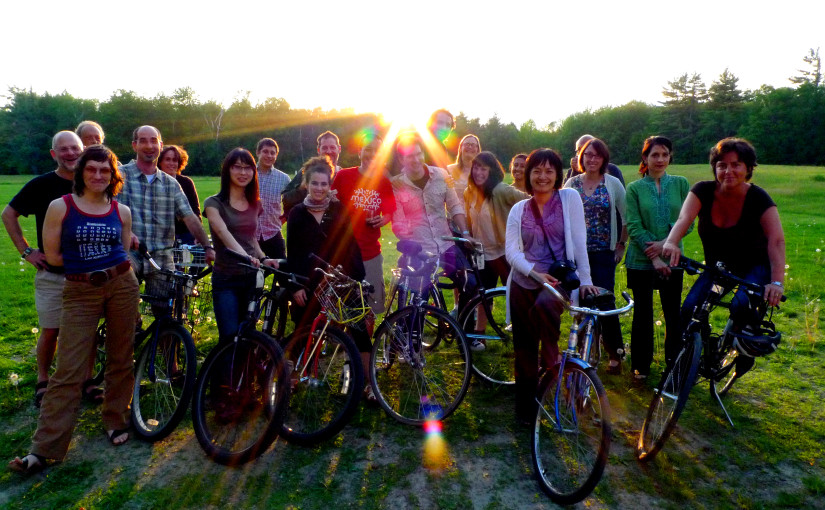 It is difficult to describe the MacDowell Colony experience to someone who has never had it.  After spending five weeks there this past spring working on a viola concerto and on a flute duet, I could simply say that it was heavenly.  MacDowell is so absolutely blissful that at times I felt embarrassed to be enjoying such privilege.  The hundred year old colony, a baby of Miriam and Edward MacDowell, feeds three healthy meals a day and provides a cozy live-in studio complete with a grand piano to every resident fellow.   The property looks and feels like sacred fields of woods (hundreds of acres of them) filled with virtuosic bird songs courtesy of the Hermit Thrush.  Upon deeper and more sincere pondering, however, one’s perception of the colony changes depending on the time of the day and, perhaps more crucially, on the stage of one’s creative work while there.  At times it feels like summer camp; at other times it resembles an annual scholarly meeting.  But on those days when work is not flowing right and the only thing one can think of is the looming deadline ahead, the MacDowell experience weighs upon one’s psyche like solitary confinement.  It is as though one’s relationship to the MacDowell Colony and to the fellow colonists is determined by the progress of the creative work as well as by how this progress relates to the overall expectations for the duration of the residency.  I guess I can say that I survived this strange yet magnificent state of bliss.  I hope to get the chance to survive it again sometime in the near future, right there, at MacDowell.